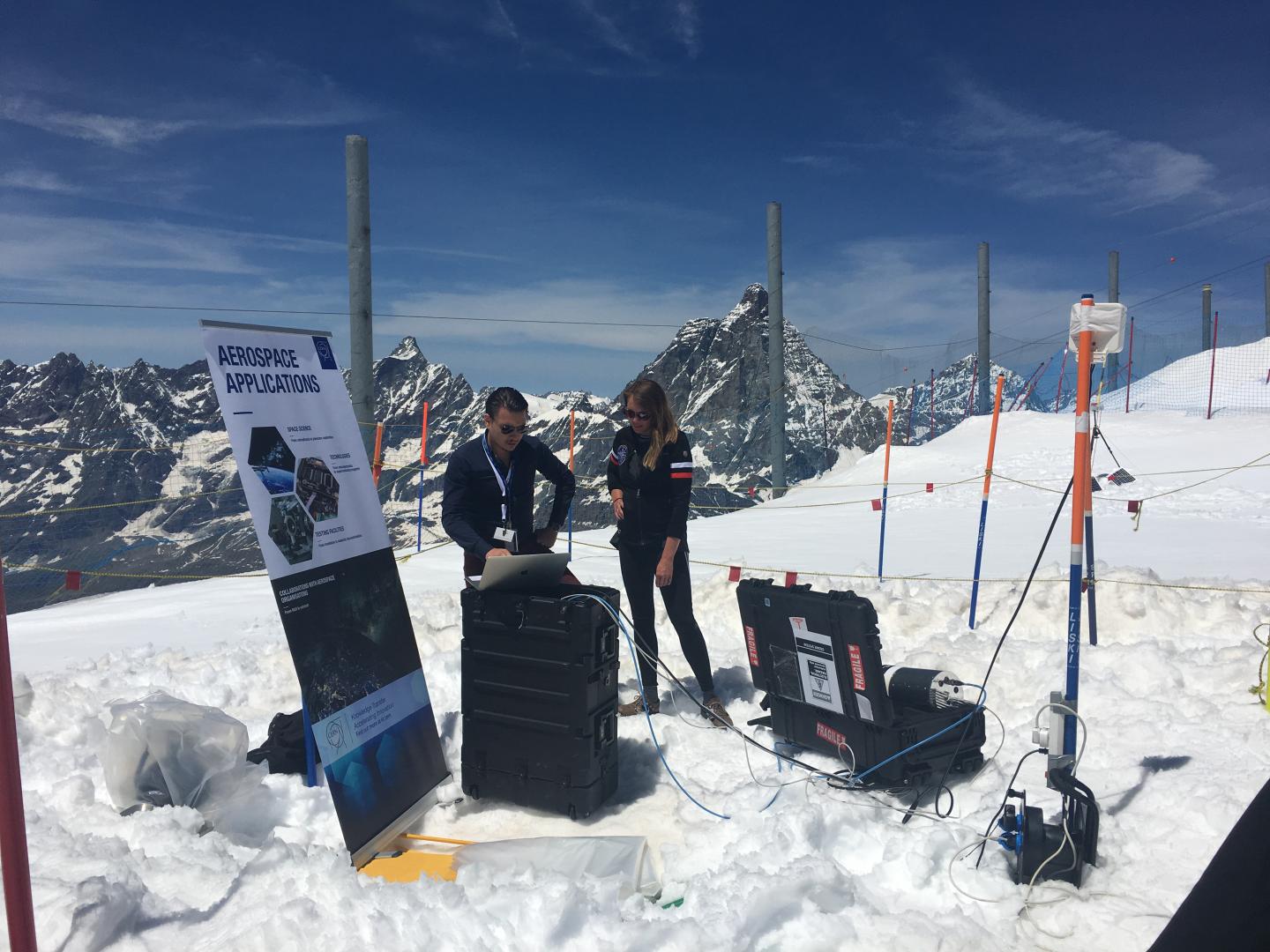 IGLUNA is an educational project aimed at investigating the realisation of a human habitat on the moon. 18 student teams from all over Europe, coordinated by the Swiss Space Center, built several technology demonstrators for this habitat and tested them in June 2019 in the extreme environment of the Matterhorn glacier (Switzerland) at 3800 metres. CERN contributed to IGLUNA by hosting the Critical Design Review in IdeaSquare in January 2019 and by providing two high precision radiation-monitoring systems, developed to track on-site radiation levels, such as during the operation of CERN’s accelerators. CROME and HEH- Monitors were deployed outside and inside the glacier to measure open-air high altitude cosmic rays and thick ice shielding capability.